In “The Persian Post and Postage Stamps of Persia and Bukhara” Friedrich Schüller wrote in 1893: Prior to the establishment of the present postal system, the provincial governors sent their respective reports by their own mounted messengers, who were authorized wherever they needed horses, without further ado requisition. The embassies sent their own couriers, as is still partly done today, at certain times with the mail (possibly only to the limit) and all these messengers took in most cases letters from foreigners against occasional payment for promotion.

The caravan leaders still convey a large part of the correspondence and also money, mainly of the poorer population, down to the most remote parts of the country; as well as the workers, who in the spring came from the furthest mountainous regions into the big cities, into the Caucasus; For years, the correspondence of the compatriots, who had not returned to their homeland in the autumn, took care of their families. Even the pilgrims and corpses of the dead, who move into a large number of sacred places, considerably reduce the revenue of the post office by carrying letters. In the sixties a kind of post was introduced on the main lines through interposed intermediate stations. Entrepreneurs had made possible the transport of letters and persons against a rather “arbitrary” as “fixed” compensation. According to European terms, there are only two mobile waylines in the country, namely: 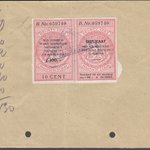 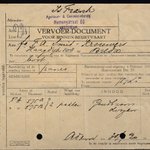 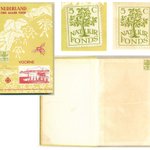 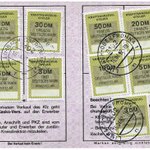